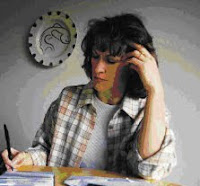 I read this quote on my desk calendar this week: If you can’t annoy somebody, there’s little point in writing – Kingsley Amis

I wondered who Kingsley Amis was and discovered this on wikipedia: Sir Kingsley William Amis, CBE (16 April 1922 – 22 October 1995) was an English novelist, poet, critic and teacher. He wrote more than 20 novels, six volumes of poetry, a memoir, and various short stories, radio and television scripts, and books of social and literary criticism. According to his biographer, Zachary Leader, Amis was “the finest British comic novelist of the second half of the twentieth century.” In 2008, The Times ranked Kingsley Amis ninth on their list of the 50 greatest British writers since 1945.

His quote reminds me of a quote by Stephen King which I wrote about here. Neither Kingsley Amis nor Stephen King write purely to entertain. Even though they are fictional writers, they want their writings to solicit a response in their readers. They would rather receive an angry response than be ignored.

As a writer this makes perfect sense to me. With verbal communication you receive an instant response, even if it is only through body language. With writing, a lot of time and effort goes into any sort of article and you want to know how people respond to what you have written. So while I am the sort of person who would rather avoid conflict, I also object to being ignored.

Sometimes it pays to write something controversial just to get a response.