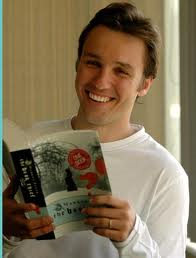 I read an interview where Markus Zusak was discussing the film based on his book, The Book Thief. He said:

“As it is, people can make up their own minds about the film now, but I still don’t wish I’d had more input. I feel like when you give someone a creative job, you can’t say, ‘Right, be creative, but do it how I want you to do it’. I don’t think that heightens the chances of a good result.” (Read more here)

I was rather surprised with his response because it was exactly opposite of Pamela Travers ‘ response as portrayed in the movie, Saving Mr. Banks which I wrote about here. Pamela Travers tried to have maximum input and curtail the creative instincts of the staff working on the Mary Poppins movie. Fortunately Walt Disney won out and we have a far better movie because he did.

There are times when we have to put our work in the hands of others, believe in their creative talents, allow them poetic licence and trust that a good result will be achieved in the end. Yet it remains a risk.

If we try to reach this goal by human effort we will experience failure and frustration.