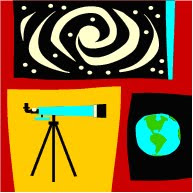 Continuing the theme of God and science, and following on from my previous posts, evolution becomes a really interesting issue. Since no one has ever seen a fish grow legs or even less dramatic changes it means there is no empirical, testable, demonstrable protocol for it. So evolution like creation is based on historical evidence, like fossils, the geology of rocks, the observations of animals etc. It is fascinating to me that two well qualified scientists can look at the same historical evidence and come to completely different conclusions. Obviously there is something else going on here.

Whether we are studying science, geology or archaeology, we bring our own bias. We look for the things we want to find. This applies equally to Christians as to those who are not. Simply put it is difficult for us to be objective. We are all responding out of our own world view. It would serve science better if scientists, both Christian and not, were honest about their world view when making their “scientific” statements.