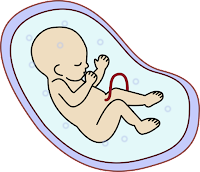 A friend of mine once told me she believed that God created the human species and then left it to run its own course. It sounded like God lost interest in his creation and left us to muddle through with our own resources. I was horrified.

Nevertheless it is a convenient belief and would solve a lot of theological dilemmas. It would mean we wouldn’t have to struggle to understand why God would allow some people to be born in atrocious situations or as a result of rape, or why God allows scientists to create and destroy life in a science laboratory.

I was much relieved when I realized the Bible teaches that God did indeed create individuals. He told Jeremiah, “Before I formed you in the womb I knew you, before you were born I set you apart; I appointed you as a prophet to the nations” (Jeremiah 1:5). David records something similar in Psalm 139:13-16. God was with us in our mother’s womb. He knew all about each of us before our mothers even knew we were on the way. God creates us and loves us as individuals.

While this means we have to think through some tough moral dilemmas, it also assures us no one is an accident. A person may have been unplanned in our economy, but they were never unplanned in God’s. We are his unique creation, created for a relationship with him.