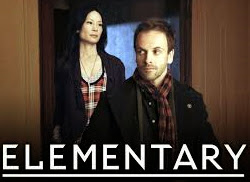 I like mysteries but it took me a little while before I started watching the TV series, Elementary. From the reviews I didn’t think I would like this particular take on Sherlock yet when I started watching I was surprised to find myself warming to the character. Why was this? When he was so obnoxious and arrogant. As I thought about it there were three reasons:

1. Sherlock wanted justice for others and often he worked without being recompensed. He used his gift of observation and insight to discern the truth, bring criminals to justice and free the innocence.

2. He was surprisingly kind particularly to Watson but sometimes to complete strangers. One episode he was at a restaurant and deduced that a young man at another table was about to propose to his girlfriend. So he bought them a bottle of wine to celebrate.

3. When Watson pointed out his arrogance he doesn’t try to excuse it or explain it away but acknowledges it. In one particular episode he tried to take credit for something Watson had done. When she confronted him about it, he paused, pondered for a moment and then said, “thank you.” In expressing appreciation he was acknowledging her contribution and his own arrogance. Sometimes we think of confession as a big announcement of guilt when it can be as simple as saying thank you. Expressing gratitude is humbling because we are acknowledging our need. Confession can also be as simple as, “yes, you’re right” or “I take your point” or simply the silence of not trying to justify ourselves.

These three things warmed my heart, seeking justice for others, kindness and humility. Then I realized that they also warm God’s heart. “He has shown you, O mortal, what is good. And what does the Lord require of you? To act justly and to love mercy and to walk humbly with your God” (Micah 6:8).

3. God wants us to be humble. When God confronted David he admitted his sin with Beersheba without trying to excuse it. Likewise God wants us to be honest. He has already dealt with our sin but he requires our agreement. Not a long winded announcement of our guilt but a simple acknowledgement, an expression of gratitude for bringing it out into the open.

Daniel 6-10 Previous
Book Review : The Cleverness of Ladies Next