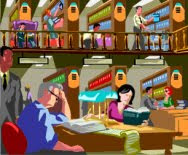 Describing Dawkins, Hitchens, Onfray, etc. as “new” atheists is a strange description for me to use since there have been atheists throughout history. However it is a useful title for these people who have recently published books on their atheistic views.

Supporters of these atheistic writers generally accept their writings without hesitation, which is surprising because these supporters usually claim to value intellectual scholarship. However Dawkins’, Hitchens’ and Onfray’s material contains a number of historical errors. Their historical research is either appallingly shallow or deliberately deceptive. They present material from marginal writers as if they were mainstream. They present non-canonical texts as if they had the same level of historical validity as canonical texts. For example, Dawkins mentions the Gospels of Thomas, Judas etc. as if they were historically similar to the Biblical accounts. But they are dated much later and don’t have the historical reliability of the gospel accounts that are found in the New Testament. Quoting unreliable sources throws into question the credibility of these authors and actually shows they are intellectually dishonest.

Prof Graeme Clarke of the Australian National University has stated: “Frankly I know of no ancient historian/biblical historian who would have a twinge of doubt about the existence of a Jesus Christ – the documentary evidence is simply overwhelming” yet Dawkins, in his book, The God Delusion, quotes Professor G.A. Wells of the University of London who believes Jesus didn’t live. He is a professor of German language! Why doesn’t Dawkins quote a Professor with a PhD in history? Probably because he couldn’t find one!

I suspect these atheistic writers have another agenda, after all, it is financially very profitable to write these kinds of books.