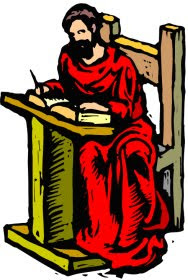 It would be nice to think the apostles took the gospel to the Gentiles because they had a burning desire to spread the gospel, or because Jesus told them to or because they wanted to fulfil the great commission. Not so, they went to the Gentiles to escape imprisonment, torture, and possible death. It is a rather depressing reason for evangelising and yet, if they hadn’t gone, we would not have been saved. It is rather hard to get my mind around how God works through such tragedies.

For Peter the big shock was not persecution. Jesus had predicted it and they seem to have come to terms with this possibility. The big shock was that Gentiles did not have to become Jews in order to be saved (Acts 10:45). It was a completely radical idea for Peter. He had grown up a Jew and never been inside a Gentile home or eaten anything not kosher. Even after spending three years with Jesus Peter had no clue that it was God’s intention to accept Gentiles on the basis of faith alone. No rituals to go through, no Levitical laws to obey, no concerns about being ceremonially unclean – just faith. Yet it had been that way in the beginning. Abraham was accepted by faith before circumcision. Paul goes to great lengthens to explain this in Romans 4.

It all just goes to show how little we know God’s ways, how small our thinking is, and how slow we are to believe.