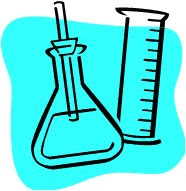 Unfortunately, if you read church history, as Christians we haven’t done ourselves any favours in the area of science. Supposed Christians gave Galileo such a hard time and excommunicated him from the church for believing the world revolved around the sun. The Christians, at the time, based their theology on the poetic parts of Scripture and read into them things God never intended.

As Christians we have nothing to fear from science. All truth is God’s. If science discovers something that appears to contradict Scripture we need to go check our theology. If we our theology is correct then eventually science will make more discoveries which will confirm it.

Neither does science have all the answers to our physical world. I read a fascinating book called: What the bleep do we know!? : discovering the endless possibilities for altering your everyday reality by William Arntz, Betsy Chasse and Mark Vicente (Health Communications, 2005). I wrote about it here. It is full of scientific experiments that scientists have done where there is no logic reasons for the results. Scientists are at a loss to explain the outcomes. It is not a Christian book, far from it actually. The authors, when they can’t explain the results, start looking towards spiritual answers, but not Christian answers.

We all believe a lot of things where there is no scientific evidence. We believe Christopher Columbus explored the Americas in 1492, that Abraham Lincoln became the president of the USA in 1861, that Homer wrote the Odyssey and Iliad etc. We believe these things based on historical evidence not scientific evidence. Likewise there is a great deal of historic evidence for much of what is recorded in the Bible and new archaeological discoveries are confirming even more.

Historians gauge the accuracy and reliability of historical manuscripts based on the time gap between when events happened and when they were recorded and also on the number of copies of the manuscript. The books of the New Testament score exceptionally well on both counts. Even non-Christians historians value these documents for their historical information. There are also non-Biblical sources that confirm some New Testament accounts.

Christians can take comfort from these discoveries but our faith is based on more than just history. Prior to becoming a Christian, life made no sense to me and I was quite suicidal. I remember being told in order to become a Christian I had to commit my life to God. I thought to myself, that’s easy, I don’t want my life, if God wants it, he can have it. So I became a Christian and my life began to have some meaning and purpose. I believe in a personal God, not just an historical Jesus, who so wants to be in relationship with us, he made it possible through Jesus’ death and resurrection.