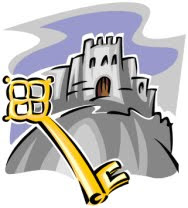 The last part of this series.

There has been a move towards understanding God’s kingdom as being rather than doing. So missionaries have gone into communities simply to be the presence of God in places where there are very few Christians. An example of this would be Global Interaction which is a Baptist missionary group whose aim is to reach nine of the least reached people groups in the world. This quote from their website explains their approach:

“A number of projects support the “day-to-day life” costs for our cross-cultural workers, rather than specific work programs. For a number of our cross-cultural workers, their “job” is to immerse themselves in the communities in which they live, to gain an understanding of the customs, beliefs and way of life of the local people group, and to nurture friendships. The ability to just speak the language well takes time, and the ability to talk about the deeper matters of life and faith takes even longer.”

And their mission statement expresses the same idea: “Empowering communities to develop their own distinctive ways of following Jesus.”

Likewise as long as people are being true to Biblical principles we need to give them the freedom to find their own way of following Jesus.