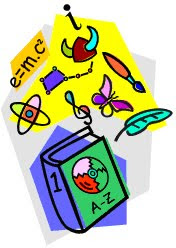 Some time ago I wrote a post entitled, What helps you hear God? One of the visitors to the post made some atheistic comments. In recent times I have been doing some studies in apologetics which have better equipped me to respond to these types of comments. So in a series of three posts I will write a more thorough response to this person’s comments.

This visitor felt that to claim I heard from God was delusional. It suggests that he considers my faith to be wish fulfilment. That I have made up a god to meet my needs and when I think I am hearing from him, I am merely experiencing something from within myself.

The idea of wish fulfilment seems to have originated with Freud in The Future of an Illusion where he states that religious beliefs are:

“…illusions, fulfillments of the oldest, strongest and most urgent wishes of mankind . . . As we already know, the terrifying impression of helplessness in childhood aroused the need for protection-for protection through love-which was provided by the father…Thus the benevolent rule of a divine Providence allays our fear of the danger of life.”

While this is an interesting theory, it has been discredited over the years by pointing out that equally wish fulfilment could be the basis of atheism. We wish there to be no god to whom we are accountable so we believe there is not. However our wishing does not make God exist, likewise it does not make him non-existent.

Interesting that Freud didn’t feel the need to provide any proof to his theory or why love and protection are provided by the father and not the mother. Furthermore it is quite an assumption to suggest that people who believe in God experienced the “terrifying impression of helplessness” as children. Where is the research to bear this out?

Still if people were going to make up a god he/she would be more like the ones we find in Roman and Greek mythology. A god who was a little more powerful than people, one that was not concerned about morals and one that was somewhat compassionate. Yet the God we find in Christianity is not at all like any gods we find anywhere in history.

Firstly he is more powerful than we can imagine. He floods the world; has the ground open up and swallow the disobedient; and parts the Red Sea. Likewise Jesus with a mere breath has a detachment of soldiers fall over. Secondly God is very moral, he is far and above more holy than we could ever envisage. One sin, one disobedience and Adam and Eve experienced spiritual death. His holiness requires the death penalty for one sin. Thirdly God is not slightly compassionate; he is way more loving than we could ever conceive of. Out of love, God became man. The incarnation is an astounding belief, completely unheard of in any other religion. That God would stoop so low to rescue people from his own wrath is inconceivable and the circumstances are unthinkable. Yancey describes it like this: “An angel appeared to some teenage girl who then got pregnant without ever having had sex and traveled on horseback to Bethlehem where she spent the night in a barn and had a baby who turned out to be the Savior of the world.”

Not only are these are things people could not have dreamt up, they would not have wished to. We create gods that are manageable, controllable, and understandable. We do not create a God who is more loving than we can cope with, holds us more accountable than we are comfortable with and is more involved in our lives than we can handle.

When God is described like we find him in the Bible, as opposed to being described in the watered down version of an atheist, it is no wonder there are those who wish the God of the Bible was just a figment of Christians’ imagination.

Galatians 5 Previous
On needing evidence Next