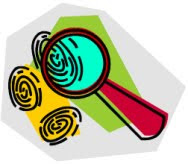 My atheistic visitor, see previous post, also made this comment, “And an invisible entity which has never provided any empirical evidence of it’s existence, ever. Yet you choose to believe that there is a god, that the bible tells us all we need to know. I’m constantly amazed that sane, rational people can do so. How do you?”

The thought in this comment seems to be that sane, rational people only believe something if there is empirical evidence which will give us absolute certainty, but how can we know anything with absolutely certainty? We rely on historical accounts and eye witness reports for much of our current knowledge and this cannot be proved empirically. For example we believe Homer wrote two famous epic poems, The Iliad and The Odyssey based on historical evidence. We believe Christopher Columbus discovered America based on historical evidence. How do we know if these accounts are accurate? Likewise very little in science can be proved with 100% certainty. I read the book, What the bleep do we know? by William Arntz, Betsy Chasse and Mark Vicente, who worked in the area of quantum physics. You soon realize there is much that scientist can’t prove and much they can’t even explain! Scientists, like everyone, rely on strong degrees of probability.

Atheists cannot prove there is no god and make no attempt to do so. Yet that would be the more logical expectation since more than 50% of the world’s population is monotheistic – mostly Christians, Muslims and Jews. Less than 5% of the world’s population are committed atheists and being in the minority would suggest they are more in need of proving their position than Christians are of proving theirs. Nevertheless the evidence for Christianity is based on reliable historical evidence that can be investigated.

I would also argue that God became visible in Jesus Christ and left his imprint on earth. John Dickson, who is a historian and a Christian apologist, makes this point in his book, If I were God I’d make myself clearer. Christianity claims that at a certain point in history, Jesus was born, lived, claimed to be God, died and rose again. His followers wrote letters soon after these events where they quoted names of actual people and places; leaving behind a great wad of information they could be checked. Accounts of Jesus’ life are also quoted in histories outside of Biblical accounts.

God is certainly not “an invisible entity which has never provided any empirical evidence of it’s existence.”