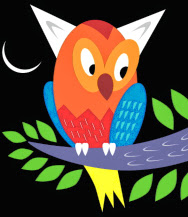 If you are familiar with Winnie the Pooh you may remember the time Pooh bear visited Owl at his house which was a small wooden bird box perched in a tree. While he was there the wind blew Owl’s house out of the tree. Initially Owl thought it must be Pooh’s fault but when he realized it was not he said, “‘If it was the wind,’ said Owl, considering the matter, ‘then it wasn’t Pooh’s fault. No blame can be attached to him'” (The House at Pooh Corner by A.A. Milne).

This story reflects our desire to know who is to blame when things go wrong. I suspect this is because if we know who is to blame it makes us feel there is at least some measure of control in the unpleasant things that happen. But when random awful things happen, like your house being blown out of a tree, it is disconcerting to realize that no one is to blame. This may translate to, no one is in control and there is no security anywhere.

Fortunately, as Christians we know this is not the case. Even when awful things happen we can rest assured it comes as no surprise to God. We live in a fallen world where sometimes things seem completely out of control. Yet the Bible tells us, “underneath are the everlasting arms” (Deuteronomy 33:27), and in that we can find peace and security.