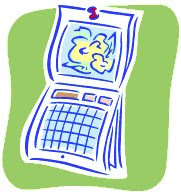 It’s been a busy week as our church hosted some young people who, along with some of our own, ran a school holiday program for kids. (Currently our school children are on a mid-semester break.) The program ran from 10am to 3pm for five days with games, craft activities, Bible stories etc. While attendances weren’t as high as we hoped, valuable conversations were had and relationships were built. I didn’t have an “official” role but nevertheless I seem to get caught up in all the activity. So I haven’t had much time to keep up with Wimbledon but with the exit of Llyeton Hewitt, Sam Stosur and Ana Ivanovic it became a bit dull for me anyway. Though I do hope Roger Federer wins.

During school holidays the library where I work is quieter (who can read when the kids are home!). We have also had some welcome rain which has kept people home. During the week, I had the opportunity of visiting the Mother Goose Program which our Shire runs. I told the Mums and babies an oral story which was a first for me. It seemed to go quite well.

So that’s my week, hope you had a good one too.