On the first Friday of our two weeks away, I went into the library and I met someone I knew. She told me the librarian who had been there for the last 7 years had resigned and in fact that Friday was her last day. She then bemoaned the fact that they wouldn’t be able to get another librarian and said, “Who would come here for 15 hours a week?”

I thought to myself, “Wow, that’s interesting.” I thought I should at least look into it. So I started looking for the job advert. I looked on the library website, on the shire website and even on Google but I couldn’t find it. I looked in the local newspapers but still couldn’t find it. I figured it hadn’t been advertised yet. I didn’t feel I could ask at the library because I knew the people who worked there. I belong to a library group that collates library job adverts from the internet and sends them out as emails. So I figured I would just keep checking my email and their website. I wasn’t planning to do anymore about it. 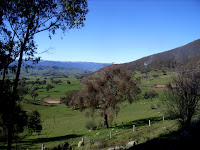 On Saturday we were invited out to tea and I met a girl who worked at the Community House, where they run short courses. The Community House was the old bank manager residence and was the house we lived in. She invited me to look at the changes they had made to the house and I made an arrangement to drop in on Tuesday morning.
On Tuesday morning I walked into the Community House and discovered that the librarian also worked there part time. She started talking about the library. She volunteered the information that the library job was 17 hours. 17 hours because there are a couple of extra hours to write reports etc. on top of the 15 hours the library is open. When she said 17 hours it was at that point I knew I had to apply for the job. The reason being was when I first started my current job it was only a few hours a week. I was looking for more hours but wasn’t sure how many. I remember thinking how could God give me what I wanted if I didn’t know what I wanted? About this time we went to see a friend of ours who is a financial planner. Based on his figures I had worked out that I wanted to work 17 hours a week. Interestingly the library job position does not specifically say 17 hours and I would not have known it at that time if the librarian hadn’t volunteered this information. 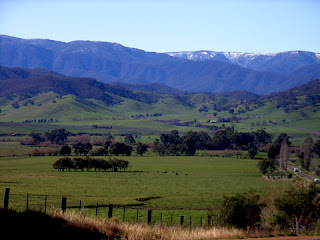 At this point I ask the librarian if the job had been advertised and she told me it had been advertised in the local newspapers. It occurred to me that it must have been the previous week’s paper so I went to the newspaper office and got the old copies and found the advert only to discover the applications had shut on the previous Friday. By this point I was so sure God wanted me to apply for the job I rang them up and asked if I could still put in an application. She said I could but I needed to get it in by the next day. Now I had not purposely taken my resume with me, I was not planning to apply for a job! However in January I had bought a laptop because my computer kept crashing and I had taken my laptop with me. My resume was on my laptop. I subsequently got the job and it looks like my husband will also get a job in the town.

For me there are at least three ‘God’ events in this story(there are others but it would take too long):
1. If I had not been there the week the librarian finished I would not have known about the job. They never advertised the job on their own web site.
2. I asked God for 17 hours work and the job is 17 hours.
3. I don’t really like working in school libraries so this is actually the only job in the town that I would really want.