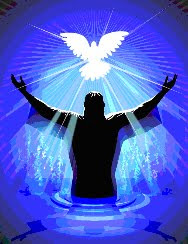 I believe Jesus was fully God and fully man, two natures in one person. The Nicene Creed expresses Jesus’ divinity like this: “being of one substance with the Father” (in Greek – homoousios) and his humanity like this: “who for us men and for our salvation came down from heaven, and was incarnate by the Holy Ghost of the Virgin Mary, and was made man.” So I believe Jesus was God in the flesh. Kevin Connor quoting Herbert Lockyer in All the Doctrines of the Bible puts it this way: “At His incarnation, Christ added to His already existing divine nature a human nature and became the God-Man. At our regeneration, there was added to our already existing human nature, a divine nature and we thus become partakers of the divine nature” (2 Peter 1:4)*. This tells us that Jesus was, and is always, God, even during his time on earth.

However I often come across people who hold a view where they see Jesus as possessing righteousness and wisdom but otherwise an ordinary man, perhaps divinely appointed by God but certainly not divine. They say that Jesus never says, “I am God.”

I would encourage such people to read the Gospels in context. The reason Jesus hid his identity for much of his life is because of the incorrect preconceived ideas the Jews had of the Messiah. Jesus lived in a Jewish culture and therefore addressed his comments to a Jewish audience. To fully understand what Jesus was saying we need to look at how his audience understood him. For example in John 8:58-59 we read: “‘I tell you the truth,’ Jesus answered, ‘before Abraham as born, I am!’ At this, they picked up stones to stone him, but Jesus hid himself…” The reason they picked up stones was because Jesus was claiming to be God and the penalty for blaspheme was stoning. Again in John 10:30-33 we find a similar claim and a similar response from the audience: “‘I and the Father are one.’ Again the Jews picked up stones to stone him, but Jesus said to them, ‘I have shown you many great miracles from the Father. For which of these do you stone me?’ ‘We are not stoning you for any of these,’ replied the Jews, ‘but for blasphemy, because you, a mere man, claim to be God.'” Ultimately the Jewish authorities pressurized the Romans to crucify Jesus because of his claims to deity. (See Matthew 26:64-66 Jesus replied. “But I say to all of you: In the future you will see the Son of Man sitting at the right hand of the Mighty One and coming on the clouds of heaven.” Then the high priest tore his clothes and said, “He has spoken blasphemy! Why do we need any more witnesses? Look, now you have heard the blasphemy. What do you think?” “He is worthy of death,” they answered.)

This is an important issue because John tells us in 1 John 4:2 and 2 John 1:7 that anyone who denies that Jesus Christ has come in the flesh is not from God. Our very salvation depends on us believing in Jesus’ divinity. Yet I don’t find this hard to believe when I read the Gospels and see Jesus; when I read the Old Testament and read the Messianic prophesies; and when I read the epistles and see the teachings which are there.

Writer of thought-provoking posts that encourage readers to engage with God by responding to his love and grace.
Read More