How to win an election 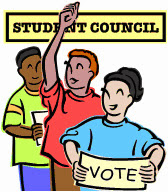 I don’t usually write humorous stories but was recently challenged to write one, this is the result (names have been changed to protect the guilty!):

The election for the Year 10 sports captain was taking place the next week at the small school that my son, Ian, attended and already Tom and Emily had been nominated. They appeared set to take out the positions of captain and vice-captain, though with almost equal numbers of girls and boys in year 10, it was going to be close as to who took out the top job.

Then Ian, was asked if he would accept a nomination. He was thrilled. He loved sport and though not a natural athlete was an enthusiastic participant. He was popular and a natural public speaker. However as Ian considered the nomination he realised that while he was likely to gain more than half of the boys’ votes he would not get much of the girls’ votes, since they would vote for Emily. The more he considered it the more he realised that accepting the nomination would split the boys’ vote and hand victory to Emily. He decided not to stand, but it gave him an idea.

The next morning at recess he suggested to the Year 10 boys, that they nominate another girl who would effectively split the girls’ vote and hand victory to Tom. His classmates were so delighted with the idea that they nominated another four girls! The girls were flattered to be asked by their male classmates who didn’t usually treat them with such regard. The teachers were pleased that the boys were acting more responsibly than normal and treating the girls with favour.

Ian however was getting a little worried that his plan was beginning to look blatantly obvious with one boy and five girls standing for the election, so another boy was nominated. He was completely unsuitable.

The day of the election arrived and the ballot papers handed out in class. The boys huddled around and completed their papers doubly covering their tracks by making sure they put down different female preferences for their second and third choices.

Tom romped to an easy victory and was congratulated. The teacher also congratulated the rest of the class for the mature way in which they had conducted themselves during the election.

Ian came home and proudly told me that Tom was the newly elected sports captain. He then proceeded to tell me exactly how this had come about.

I didn’t know whether to be appalled that my 15 year old son had successfully rigged an election or laugh at the naiveté of the teachers. I chose to do the later.

God’s enabling is enough for any task.