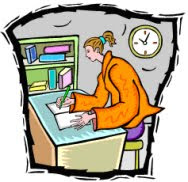 I decided to complete a subject of my course over the summer holidays (ok, I saw you roll your eyes and groan but that’s fine, I already knew I was crazy!). I chose Hermeneutics and it has been fascinating.

Even prior to studying Hermeneutics I had thought that many Christians act like God dictated the Bible and dropped it into their laps yesterday. Nothing could be further from the truth. Firstly God didn’t dictate the Bible (whereas Muslims believe that Mohammad dictated the Qur’an). God inspired people to write the words he wanted written. The difference is huge because it means the background, the education, and the experiences of the author all influenced what was written. God didn’t bypass the author in order to put down on paper what He wanted written down.

Secondly the Bible has been put together over a long period of time. Some of it was written thousands of years ago and it needs to be read with this in mind. Interestingly enough some of it we easily disregard as being cultural (eg. greet each other with a holy kiss) but some Christians struggle to disregard other similar cultural instructions (eg. women should cover their heads). Why? I think it is because we have often been taught that the Bible is an instruction manual for life and so we get the mistaken idea that we have to put into practice as much of it as possible. But this is not so.

God could have given us a book of rules, a list of doctrinal beliefs we need to believe in order to be saved, or a theology handbook telling us what God is like. Instead God gave us stories. Sometimes he doesn’t even tell us if the person in the story did the right thing or the wrong thing. We are supposed to be able to work that out for ourselves. However there have been well meaning Christians who would have preferred a book of rules and try to turn the Bible into a book of rules. This would have been much simpler rather that the messy business of working out what applies to us today and what doesn’t. However God expects us to use the brain he gave us.

When we read the Old Testament we need to understand the culture it was written in. God spoke to them in terms that they understood. Protection and provision meant victory over warring armies that threaten to wipe them out as a nation. God always spoke to people through the culture and through the circumstances that they were dealing with. Even in the New Testament many of the letters were written to people who had problems that we don’t deal with today (eg. meat sacrificed to idols).

Devotional Thought : Romans 14:13 Previous
How wrong I was… Next

God hates it when we gripe.