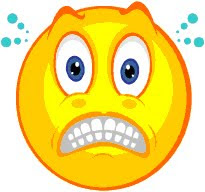 Likewise a big fuss was made in the media in August (Australian winter) when Queensland declared a day of total fire ban due to high temperatures. I have lived in Queensland and I remember going to the annual school sports day in August about 15 years ago. It was really hot. As the only ex-Victorian there, I also remember being the only one surprised about it being so hot.

My point is, if climate change is real why does the media feel the need to exaggerate it?

Of course the media isn’t the only one exaggerating. I know of Christians who also feel the need to exaggerate what God has said. (eg. “Come to Jesus and all your problems will be over.”)

Exaggerating is one my pet hates. I’m not sure why it annoys me so much. Perhaps it’s because I like to live a quiet life (1 Thessalonians 4:11) and exaggeration tends to promote fear and stress. So don’t do it, ok?

Book Review : Notes from the Tilt-a-whirl Previous
2 Timothy 2 Next