Home | Blog | Evaluating the reliability of the Gospels – Part 2

Evaluating the reliability of the Gospels – Part 2 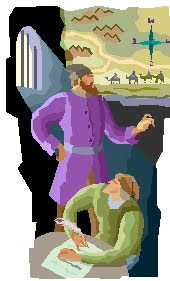 Following on from my last post with the final two criteria for evaluating the reliability of the Gospels.

6. Memorability An ancient practice of teachers was to form their teaching mnemonically so it could be more easily passed on orally. There is evidence in the Gospels that Jesus used this practice and this increases the likelihood that his sayings have been recorded accurately.

7. Date (which is probably the most important of all)
The relative short space of time from when the events happened to when they were written down gives strength to the Gospels reliability, particularly if you take into account that there were other accounts that are no longer in existence but were used by the gospel writers. Early dates means less time for the material to be distorted.

“The length of time between the events and their recording in the gospels is not much more than two generations, even on the latest dating now proposed. The majority of New Testament scholars still date Mark’s gospel shortly before or shortly after AD 70, Matthew and Luke roughly 80-90, and John close to the end of the first century” (France, R.T. in The Gospels As Historical Sources For Jesus, The Founder Of Christianity, 2002).

Also historians are fortunate to have copies that have early dates which they have compared to later copies and the level of accuracy is impressive. The earliest fragment of the New Testament comes from John’s Gospel and is dated 29 years after it was written. No other historical document has a fragment that is so close to the original.

Along with the date another important evidence for reliability is the number of copies that have been found. Matt Slick has produced a chart on the Christian Apologetics & Research Ministry website (here), it compares historical documents. This chart highlights the short period of time between the original document and the earliest copy in existence as well as the high number of copies. This chart indicates the robust strength of the historical evidence for reliability of the New Testament and therefore the Gospels.

A comparison of the dates for the writing of the Gospels to biographies of other religious leaders again reveals a short time gap. For example the earliest biography of Muhammad (AD 570-632) was composed around AD 760 which is 125 years after his death. The first records of Budha (448-368 BC) appeared 350 years after his death. Again it is striking that the New Testament Gospel accounts are written so soon after the death of Jesus.

Even historians who do not profess Christian faith regard the New Testament as a reliable history of the time and believe the contents have been faithfully recorded from what was common knowledge. So Christians can be confident that the Gospels are reliable accounts of what actually happened.

Evaluating the reliability of the Gospels – Part 1 Previous
Devotional Thought : Acts 22:21 Next