Home | Blog | Evaluating the reliability of the Gospels – Part 1

Evaluating the reliability of the Gospels – Part 1 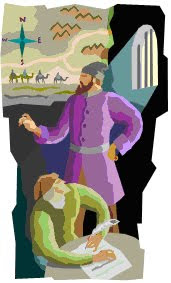 Christians and atheists are both surprisingly unaware of how much historical evidence there is regarding the reliability of the Gospels.

John Dickson, in his book, The Christ Files, explains the criterion that serious historians use to examine any historical writings (not just the Gospels). There are seven: multiple attestation, coherence, dissimilarity, archaic style, embarrassment, memorability, and date. We can apply these criteria to the Gospels and determine how reliable they are:

1. Multiple attestation
When historians examine the Gospels they can deduce that there were a number of sources that the Gospel writers used to put together their own accounts. Luke acknowledges this in his opening sentences of his gospels, Luke 1:1-3. It is apparent that these sources were independently giving very similar accounts of the same events and making similar comments about Jesus. Scholars also find in Paul’s epistles evidence that suggests Paul had access to information such as creeds, which were written down prior to the Gospels being written.

2. Coherence
The Gospels show high levels of coherence, that is, the stories are consistent with what historians know from other Biblical and non-Biblical sources about the culture, places, people, events and politics of the time.

3. Dissimilarity
There is enough dissimilarity between Jesus’ teaching and the practices of Judaism and the early church to suggest that the Gospel writers have not just “invented” Jesus’ words or put words into Jesus’ mouth that were already known from another source. Many times Jesus’ teachings were surprising because of their originality. The stories or parables were not rehashed from Jewish traditions. This gives weight, in the historian’s mind, to the evidence for the accurate recording of Jesus’ words.

4. Archaic style
Historians have closely examined the language of the text. Jesus spoke Aramaic but the Gospels were written in Greek. Nevertheless there are places in the text where there is an obvious Aramaic influence which suggests an early date for the writings adding to their reliability. An example of this would be Jesus use of the Aramaic word “Abba” in Mark 14:36.

5. Embarrassment
If the early Gospel writers merely invented these accounts they would not have included embarrassing information, for example women being the first witnesses to the resurrection. This was embarrassing because in that culture women were not considered reliable witnesses. Also incidents where future church leaders were shown in a negative light are numerous – Peter’s denial; James, Jesus brother’s unbelief; John and James ambitious attitude. The only reason for including this information was that it was true and it was known to be true by those who would read the accounts so there was no point trying to make these future leaders “look good”.

We will look at the final two criteria next time.

Devotional Thought : Acts 21:20-21 Previous
Evaluating the reliability of the Gospels – Part 2 Next