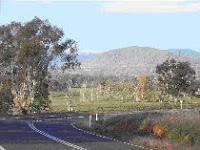 It seemed the Jews lived in Babylon with a fair amount of freedom to build houses, get married, and live independent lives. From other historical records we find that as time passed Jewish names began to appear in Babylonian business records.

So after 70 years many Jews were well established in Babylon. In Ezra 1when the decree came allowing the Jews to return, only a very small percentage of the people actually returned. Some records suggest less than 5%. Nevertheless there were some Jews who understood the significance of the land of Canaan. They knew Jerusalem was where God wanted his temple. We read their thoughts in Psalm 137.

They hung up their harps. Harps were normally played in the temple area when worshipers came to Jerusalem. The harp was an instrument of joy and celebration. People played the harp because they had reason to praise God. But here in Babylon they hang up their harps.

However the majority of Jews had become comfortable with life in Babylon. So when the call came to return, they stayed exactly where they were. They were living in a place where they weren’t suppose to be. Joseph had understood that God had given Canaan to his people. He wanted his bones in Canaan but not these people. God had chosen Jerusalem as the place where he wanted his temple built. It was the place where he wanted his people. But most of these Jews chose to stay in Babylon. They were more interested in their comfort than God’s purposes.

The most prominent emotion of living in Babylon is actually boredom. It’s feeling comfortable with where I am in my Christian walk but bored because I am not where I should be.

How do we leave Babylon?
Firstly we express our sorrow over being in Babylon. We sit by the river and weep. We cry out to God and say, how can we sing the songs of the Lord while in a foreign land?

Canaan
Lastly Canaan, our real home. A picture of the Christian who is moving forward in their Christian life, possessing the land, building God’s kingdom.

Romans 14:17 For the kingdom of God is not a matter of eating and drinking, but of righteousness, peace and joy in the Holy Spirit.

However that is only half the story. If righteousness, peace and joy were the only emotions we experienced everyone would be living in Canaan. The other feeling is being scared. We have to trust the invisible and believe the impossible.

Noah built an ark in the middle of dry land. Abraham left everything even though he did not know where he was going. Moses left Egypt and chose to be mistreated along with the people of God. Rahab hid the spies. Peter walked on water. It’s scary stuff.

Where are we today:
Are you in Egypt making bricks, but never able to make enough?

Are you in the wilderness, waiting for the next lot of manna to drop from the sky?

Are you in Babylon bored out of your mind with the Christian life?

Or are you in Canaan but wondering why you feel so scared?

Living in Canaan is peace and joy but until we get to that place where we really trust God, really believe that no matter what happens God is all good God who loves us and has our best intentions at heart. Until we get to that place we are going to be afraid. That’s why all through the Bible God’s message to his people is so often, do not be afraid.