Do it again, Lord 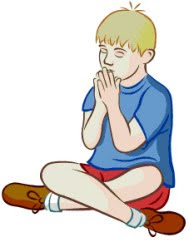 In August 1727 a prayer meeting began with 48 people, 24 single men and 24 single women. It was a 24 hour prayer meeting where they took turns praying around the clock. This prayer meeting lasted for over 100 years and changed the world. The prayer meeting was at a Moravian Church in Herrnhut. Over the years the church would sent out thousands of missionaries and see many come to faith, though the church at Herrnhut would never grow particularly large.

The Moravians had a profound effect on John Wesley. He met them on a boat as he sailed to Georgia in 1736 and was impressed with their faith during a violent storm. Later when Wesley returned to England in 1738 he attended one of their meetings in Aldersgate Street where his heart was “strangely warmed”. He later went to Herrnhut and although he was impressed with many aspects of their Christian life style, he also found them self-righteous and didn’t like their leader, Count von Zinzendorf!

Nevertheless by a small number of people making a commitment to pray the Moravian Church touched the lives of thousands, including John Wesley who in turn touch thousands more. The ongoing results of their prayers affect the church today. The Moravian church and its leadership were not without fault yet God was able to use them mightily to grow His kingdom.

So often we underestimate the power of prayer because we don’t see immediate results. However when we consider the long term impact of this small country church our faith will be built up and we will pray, “Do it again, Lord, please do it again.”

One thought on “Do it again, Lord”