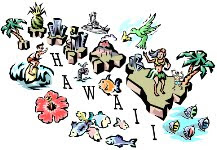 I’ve just written two reviews of books by Wayne Cordeiro: Doing church as a team & The divine mentor. Wayne Cordeiro is the pastor of New Hope Christian Fellowship in Hawaii which runs an annual conference on themes connected with doing church as a team. Some months ago my husband read these books and felt an urge to attend the 2010 conference which is called: Everyday Heroes. At the time I felt no inclination. My husband thought it would be good to go with some other Aussies church leaders, but of course, Hawaii is a long way from Australia. So when those plans fell through I began to think maybe I should go.

I really needed to know that God wanted me to go; after all this would involve airfares to Hawaii, conference fees, accommodation, food, etc. I began to pray about it, asking God to give me a verse that would confirm his direction. The verse I felt he gave me was from Ephesians 3:20. (I have been studying Ephesians at the Bible Study Place.) “Now to him who is able to do immeasurably more than all we ask or imagine…” Going to Hawaii was definitely more than I had asked or imagined but I was disappointed. I wanted a verse which said, “Go…!” The next day I was reading a devotional thought from, The divine mentor called, The musings of a king, which spoke about God wanting us to know his heart and not wanting to shout at us. It struck me that I was asking God to shout at me whereas he wanted to whisper things into my heart.

So I have made the decision to go to Hawaii! We leave on Saturday 30th January and the conference starts on the Wednesday so we will have time to do some sight seeing. It also works out that we will spend our wedding anniversary in Hawaii.