Book Review : Who is this man? 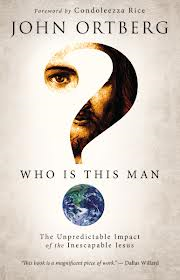 Who is this man? is a well researched and wide ranging look at the effect that Jesus’ followers have had on the world over the last 2,000 years. I found it much heavier going that John Ortberg’s other books. This was due to the content being largely historical. Some of the material is quite depressing as he relates many incidents of massacres that occurred as part of Jewish history and later by Christians.

Some of this information was already known to me. I knew that many aid agencies have Christian roots and hospitals, universities, orphanages and numerous other service organizations have Christian beginnings. Yet what was new to me was the effect Christians have had on people’s thinking. Humility has become a virtue, compassion is now valued and showing dignity and respect to all people regardless of age, status, gender, or ethnicity is now considered normal policy. Yet this was not the case before Jesus’ times.

There was one aspect of this book which didn’t work for me and that was Ortberg’s humour. Generally I enjoy the amusing anecdotes that John includes in his books, but in this one, due to its historical nature, this type of anecdote wasn’t appropriate. Instead Ortberg has sometimes included funny one-liners. However this abrupt change of pace fell flat for me, but I suspect this might just be a personal thing and may not bother other readers.

Overall Who is this man? Is a very interesting and informative read.