Book Review: The Power of a Whisper 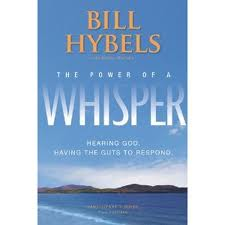 Bill Hybels writes his book, The Power of a Whisper with a desire to show from Scripture and personal experience that God is a communicating God who has a deep desire to communicate with his children.

As part of Bill’s research he asked his church to email him stories of times when they heard a God ‘whisper’ and how they responded to that whisper. The response was immense and some of these stories are included in his book. Bill then goes on to explain the five tests he uses when he thinks God is telling him something:

From there Bill tells many stories from his own personal life where he believes he heard from God and the difference it made in his life. Times when it has changed the direction of his life, times when he was given guidance or prevented from making a bad choice.

This is an easy to read book that is encouraging and challenging.

2 thoughts on “Book Review: The Power of a Whisper”