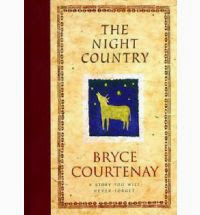 Courtenay writes in a descriptive way which paints a picture and this would have been appealing if the story line had been more pleasant. The story is set in Africa and is told from the point of view of a young boy. I assume Courtenay drew on his own experience of growing up in the Limpopo province to write the book. Courtenay reveals the deep prejudices that kept apartheid alive for so long and the ingrained lies that white people believed. In this the story is profoundly distressing.

Personally I found it even more upsetting that the white people’s understanding of the Christian God was badly flawed.

I found it a well written but disturbing read.

Devotional Thought : Psalm 29:11 Previous
On returning from my trip to Israel Next