Book Review : The Girl with the Dragon Tattoo 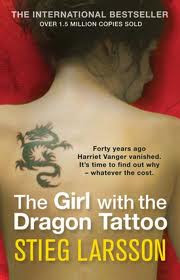 I read The Girl with the Dragon Tattoo by Steig Larrson as part of my book club. It is not a book I would ordinarily read. However I found the story intriguing. It is well written with interesting characters. It is a cleverly structured book and it is not until about three quarters of the way through the book that the reader becomes aware that the story is not just about the disappearance of a missing girl but rather the exposing of a serial rapist/murderer. The perpetrator is a highly respected person in the community. This seems implausible to me but it makes for a great story.

Considering the topic there is, naturally enough, a great deal of violence and sexual activity that is crude. There were several passages that I skimmed over. (At times it made Midsomer Murders look like a Sunday School picnic!) I believe they have made a movie based on the book but I certainly won’t be going to see it. The visual representation would be more graphic than what I can imagine.

Steig Larsson has written a second and third book in this series but abruptly died before any were published. I feel no need to read the other books in the series as this one had a completely satisfactory ending. While I enjoyed this book it was too violent for me to want to read more of the same.

**Just one further thing, if you have read the book perhaps you could explain to me why Martin lied about seeing Harriet on the day of her disappearance?