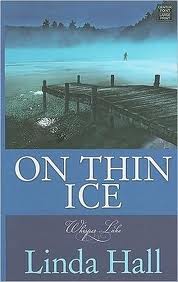 On Thin Ice, by Linda Hall, tells the story of Megan Brooks and Alec Black who were once engaged, but never married. They meet again after twenty years as they work together to investigate the suspicious deaths of several friends. Through this process they face their own history of a failed relationship but are now given a second chance with the benefit of more insight and maturity.

This is a short, entertaining read with limited depth. It touches on a few issues such as dysfunctional families, integrity and forgiveness from a Christian perspective but doesn’t delve too far into them. Yet as a quick read it is an enjoyable Christian mystery. Not every Christian story has to expound the intricacies of life.