Blog Tour : What would Jesus drive?

This blog tour is for the children’s book: What would Jesus drive? by Paul Clark. This book is part of a blog tour organized by Australian Christian Readers Blog Alliance

What would Jesus drive? is part of the Car Park series and my book review of the series can be found here.

Available from Light the Dark 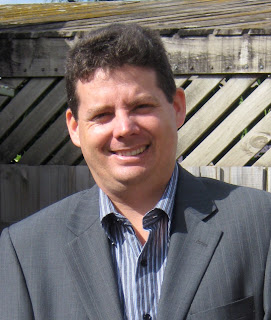 About the Author:
Paul Clark is married with two kids. He has nearly 20 years experience in children’s and youth ministry having worked in both the city and rural areas. Paul has a knack of sharing the gospel message, simply and profoundly through story – something he is very passionate about. With 10 titles to his name, and more on the way, his resources are down to earth, Australian, and to be watched! 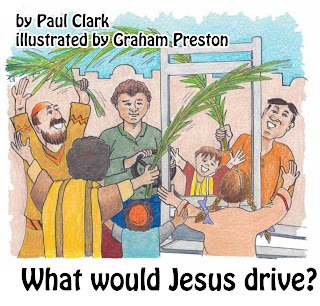 About the Book:
It is Palm Sunday in the Church Car Park and Jesus is riding into Jerusalem. The only problem is deciding what Jesus would have driven into Jerusalem if there had been cars in his time. Was it a motorbike because Jesus was a rebel? Was it a truck so he could stand on the back and teach the crowd? Was it a bus because he was a man of the people and he could have brought his friends along? Find out what the cars think! Part of the Australian Car Park Parables series.