Blog Tour : Streets on a Map

This month’s fiction blog tour is for the book: Streets on a map by Dale Harcombe. This book is part of a blog tour organized by Australian Christian Readers Blog Alliance

My book review can be found here. 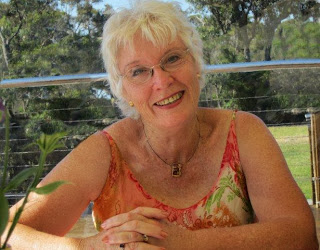 About the Author:
Streets on a Map, is published by Ark House Press. Prior to that Dale has had seven children’s books and Kaleidoscope a collection of poetry published. Many poems in Kaleidoscope have been previously published in Australia’s literary magazines. She has won prizes for her poetry and has been published in several anthologies.

Along with her husband, Dale was for a time houseparent for a family of twelve boys. She has also been a manuscript assessor and book reviewer and run creative writing classes. She has also written bible studies and Sunday school lessons. For several years she wrote about Christian living, marriage and home related topics for www.families.com. She has a BA in Literary and Australian studies.

More information about Dale can be found at www.daleharcombe.com or on her Write and Read with Dale blog www.livejournal.com/users/orangedale 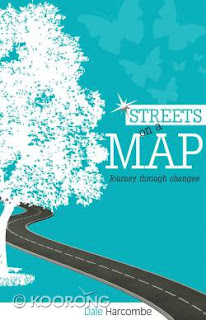 About the Book:
Every choice carries a price as Abby discovers when she marries Joel. If she had known when Joel first walked into Clancy’s what lay in store, she would have stopped the relationship before it got started. However, by the time she found out it was too late. The choice was made. Or so she thought.

But then between her and her one friend in Astley, Laila, they arrive at solution that could benefit Abby and the small county town. A deliberately lit fire and an unplanned pregnancy threaten to bring their carefully laid plans and Abby’s dreams undone. Problems of some newcomers to the town impinge on Abby’s life too, but it is the arrival of an old resident of Astley that could end up destroying everything and not just for Abby.

Who else’s lives will be affected and changed forever. Will the unwelcome arrivals in Astley destroy everything Abby and Laila have worked to achieve? What is the secret that will have all of Astley reeling?