Blog Tour : More Than A Mouse

This month’s second tour is for: More Than A Mouse by Penny Reeve. My book review can be found here. This book is part of a blog tour organized by the Australian Christian Readers Blog Alliance. 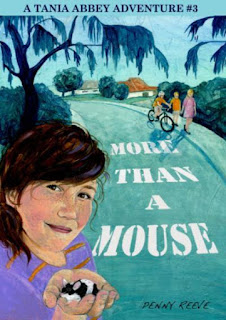 About the book:Tania Abbey is so excited. She’s waited and waited and it’s finally her turn to bring Pepperoni, the class mouse, home for a week. But her mum isn’t convinced – not with Gran coming to stay – and when Tania’s brother Daniel is involved in a serious accident, the little black and white mouse doesn’t seem quite so important after all. Unimportant, that is, until one night Pepperoni decides to escape… 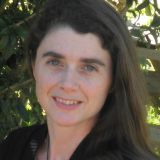 About the Author:
Penny Reeve grew up as the child of missionary parents in a variety of cross cultural settings. She then went to university, got married and served for several years herself in PNG and Nepal. She now lives with her family in Western Sydney and is the author of 11 children’s books including the very popular Find the Animal series for young children and the social-justice themed Tania Abbey novels. Website: www.peenyreeve.com