Blog Tour : Better Than A Superhero

This blog tour is for the children’s book: Better Than A Superhero by Belinda Francis, illustrated by Kayleen West. This book is part of a blog tour organized by Australian Christian Readers Blog Alliance

My book review is here . 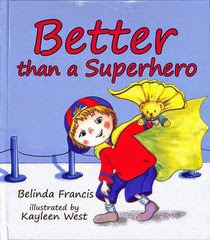 About the Book:
Who is better than a superhero? Find out about Jesus as you explore what he did and who he was. And most importantly how Jesus really can be your best friend! 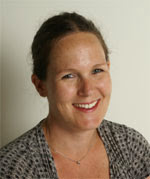 About the Author:Belinda Francis
Award winning journalist turned children’s author Belinda Francis worked in newspapers, magazines and electronic media for ten years in South Africa before she and her family immigrated to Queensland.

Shortly after arriving in Australia, her elder son was diagnosed with ASD and she devoted the next few years to his early intervention, which with God’s guidance, has paid off miraculously. Her second son, who had been born ten weeks prematurely, is now healthy and strong – evidence of yet another miracle. She and her family recently celebrated the arrival of their third child, a much-prayed for daughter.

While raising her children, Belinda wrote Better than a Superhero, her first published book, and threw herself into the local church and community. She runs the Sunday school program at her church campus.

Belinda is passionate about raising children up in God’s kingdom and excited about the ministry opportunities the book will undoubtedly open up. 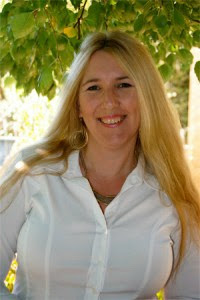 About the Illustrator:Kayleen West
An award winning artist, her work hangs in private and corporate collections in France, United States, Italy, and the Australian Embassy in Ireland and in government collections in Australia.

Although an initial childhood dream was to write and illustrate for children, Kayleen was encouraged to venture into a career of an exhibiting fine artist and later a graphic designer. Returning to her original passion in 2009, Kayleen is now a published children’s Author and Illustrator working on her third children’s book and writes Christian content for magazines and blogs.

Kayleen is the author and illustrator of Without Me? (Wombat Books, 2013) and the illustrator of Better than a Superhero (Even Before Publishing, 2014).