This month’s fiction blog tour is for: An Unholy Communion by Donna Fletcher Crow. This book is part of a blog tour organized by Australian Christian Readers Blog Alliance 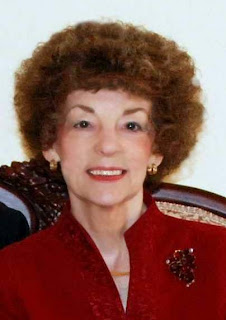 About the Author:
“Donna Fletcher Crow has created her own niche within the genre of clerical mysteries.” – Kate Charles, author of Deep Waters

Donna Fletcher Crow is the author of 40 books, mostly novels dealing with British history. The award-winning Glastonbury, A Novel of the Holy Grail, an Arthurian grail search epic covering 15 centuries of English history, is her best-known work. She is also the author of The Monastery Murders: A Very Private Grave, A Darkly Hidden Truth and An Unholy Communion as well as the Lord Danvers series of Victorian true-crime novels and the literary suspense series The Elizabeth & Richard Mysteries.

Donna and her husband live in Boise, Idaho. They have 4 adult children and 11 grandchildren. She is an enthusiastic gardener. To read more about all of Donna’s books and see pictures from her garden and research trips go to: www.donnafletchercrow.com.

About the Book:
First light, Ascension morning. From the top of the tower at the College of Transfiguration, voices rise in song. Felicity’s delight turns to horror when a black-robed body hurtles over the precipice and lands at her feet. Her fiancé Father Antony recognizes the corpse as Hwyl Pendry, a former student, who has been serving as Deliverance Minister in a Welsh diocese. The police ignore the strange emblem of a double-headed snake clutched in the dead man’s hand, labelling the death a suicide. But Hwyl’s widow is convinced otherwise, and pleads for Felicity and Antony to help her uncover the truth.

Matters grow murkier as Felicity and Antony, leading a youth pilgrimage through rural Wales, encounter the same sinister symbol as they travel. Lurking figures follow them. Then a body is found face-down in a well …