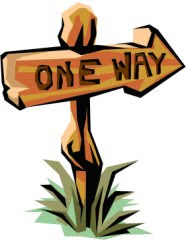 There are those who maintain that Jesus never claimed to be God but prefer to believe he was merely a good teacher and that his disciples added the belief of deity at a later date. However the notes below, which are a summary of Daniel Doriani’s journal article: “The Deity of Christ in the Synoptic Gospels” (link below), clearly show that Jesus did claim deity. Furthermore the Jewish leaders of the day had him crucified because he was claiming to be God.

1. Jesus claimed the divine right to judge mankind. “Depart from me you who are cursed, into the eternal fire prepared for the devil and his angels.” (Matthew 25:31-46).

2. Jesus claimed the divine right to forgive sins. “But that you may know that the Son of Man has authority on earth to forgive sins” (Luke 5:21-25).

3. Jesus claimed the divine right to grant eternal life. “What must I do to inherit eternal life?”…”Go, sell everything you have and give to the poor, and you will have treasure in heaven. Then come follow me” (Mark 10:17-21).

4. Jesus claimed omnipresent. Jesus’ presence is God’s presence. “For where two or three come together in my name, there am I with them” (Matthew 18:20).

5. Jesus claimed that a person’s eternal destiny was based on their response to him. “Whoever acknowledges me before men, I will also acknowledge him before my Father in heaven. (Matthew 10:32-33).

7. Jesus taught the truth on his own authority. “Heaven and earth will pass away, but my words will never pass away (Matthew 24:35).

8. Jesus performed miracles on his own authority. “Lord, if you are willing, you can make me clean.” Jesus reached out his hand and touched the leper. “I am willing,” he said. “Be clean.” Immediately he was cured of his leprosy (Matt 8:2-3).

9. Jesus received worship or obeisance. “One of them, when he saw he was healed, came back, praising God in a loud voice. He threw himself at Jesus’ feet and thanked him—and he was a Samaritan. Jesus asked, ‘Were not all ten cleansed? Where are the other nine? Was no one found to return and give praise to God except this foreigner?’ Then he said to him, ‘Rise and go; your faith has made you well'” (Luke 17:15-19).

10. Jesus assumed that his life was a pattern for others. “But I tell you: Love your enemies and pray for those who persecute you, that you may be sons of your Father in heaven (Matthew 5:44-45).

11. Jesus applied to himself Old Testament texts that describe God. “Do you hear what these children are saying?” they asked him. “Yes”, replied Jesus, “have your never read, “From the lips of children and infants you have ordained praise” (Matthew 21:16 based on Psalm 8:2 which is addressed “O LORD, our Lord”).

12. Jesus identified himself with a father or king who represents God in several parables. “What shall I do? I will send my son, whom I love…but when the tenants saw him, they talked the matter over. ‘This is the heir’ they said. ‘Let’s kill him, and the inheritance will be ours.’…The teachers of the law and the chief priests looked for a way to arrest him immediately, because they knew he had spoken this parable against them. (Luke 20:9-19).

For more examples and further explanation see: Daniel Doriani, “The Deity of Christ in the Synoptic Gospels,” Journal of the Evangelical Theological Society 37:3 (September 1994):339-40. Click here

Ants persevere and consistently do the little things well.